Reinhold Zwerger was born in 1924 in the former Augustinian Convent for Nuns in Kirchberg am Wechsel in Lower Austria, the son of a primary school teacher and the daughter of a gardener.

He spent his childhood in the countryside, often accompanying his grandfather on hikes into the woods. His great love of landscape, flora and fauna may perhaps be traced back to these first "lessons in natural history".

From 1939 to 1942 Reinhold Zwerger attended the College of Graphics and Graphic Experimentation (Graphische Lehr-und Versuchsanstalt) in Vienna. This was followed by three years of military service in the Mountain Troops (Gebirgstruppe). The campaigns then took him to the Caucasus and the Balkans. The war ended for him on 8 May, 1945 on a mountain only a few kilometres away from the place of his birth. After returning to Kirchberg,
he worked for his Grandmother's gardening business for two years.

He then returned for a further two years to the College of Graphics, finishing with the master class.

In 1951 Reinhold Zwerger married Waltraut Passler of Vienna, whom he had met in Kirchberg, and moved to Vienna. They had two daughters, Lisbeth in 1954 and Christine in 1956.

He soon found success as a graphic and industrial designer. He received multiple national awards (Staatspreise) for excellence in design.

Reinhold Zwerger painted throughout his life - mainly in Austria, Southern Italy and Sicily, Greece (mostly on Athos) and Turkey.

In his later years he spent a considerable amount of time working in the technique of coloured lino cutting.

Reinhold Zwerger first became acquainted with Athos in 1956. In the following years he would travel there over forty times. He went on extensive walks, busying himself with the cartography of the region. However, he primarily viewed his trips as wonderful opportunities to get to know interesting people.

A large part of his life was shaped by the Holy Mountain.

Reinhold Zwerger died in 2009 in Kirchberg am Wechsel. 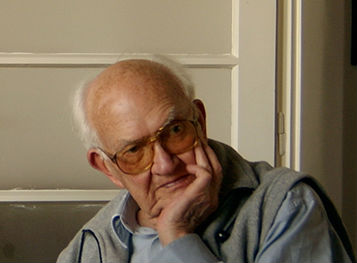